In 359 pages, with an introduction in English, the catalogue presents the exhibition held at the Hotel Des Bains, a collection of 300 giant Polaroids portraying the protagonists of the Venice International Film Festivals from 1996 to 2004: the winners of the Golden Lions and other awards, the members of the juries, the masters of cinema and the international stars who walked down the red carpet on the Lido. Shown in chronological order across the nine years on exhibit, enriched by videos from the backstage of the various photo sets, the giant Polaroids review the presence in Venice of the great personalities who made the history of global cinema on the cusp of the new millennium.

The exhibition was organized in collaboration with the Photomovie agency, which from 1996 to 2004 officially documented the auteurs and stars of the Venice International Film Festival with the Giant Camera made by Polaroid.

Across the nine-year history of the Giant Polaroid in Venice, various Italian portrait artists took their turn behind the camera: Fabrizio Marchesi, Stefano C. Montesi, Jacek P. Soltan, Fabio Lovino, Chico De Luigi, Maurizio Galimberti, made this exhibition possible. Along with the Giant Polaroids taken by Maurizio Galimberti, some of the finest “photographic mosaics” made by the artist for the 2003 and 2004 editions of the Festival will be on display.

The graphic design of the catalogue is by Designwork, Udine. 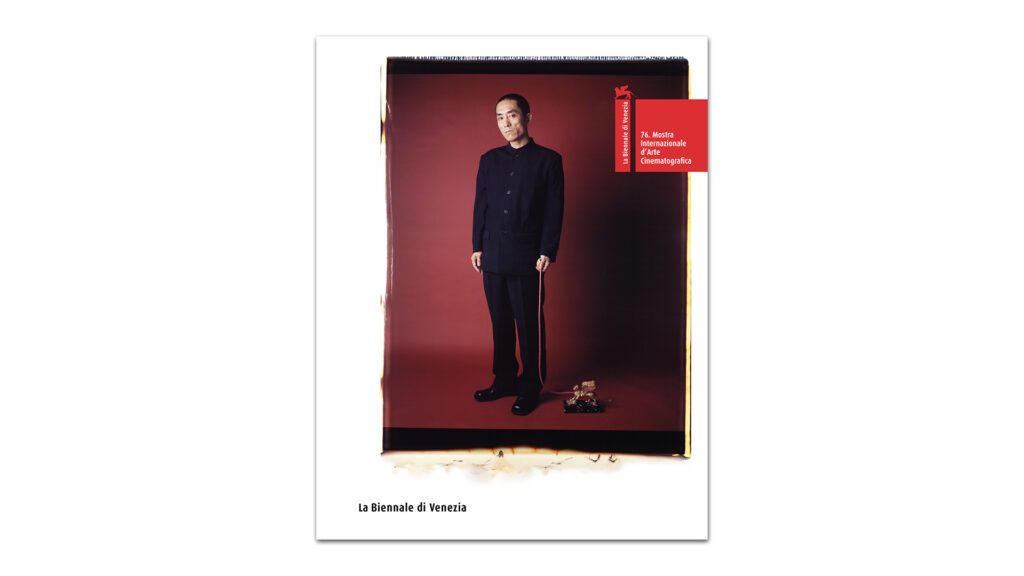 We use cookies on our site to give you a better experience by remembering your preferences. By clicking 'Accept' you consent to all cookies
Cookies settingsI agree
Manage consent

This website uses cookies to improve your experience while you navigate through the website. Out of these, the cookies that are categorized as necessary are stored on your browser as they are essential for the working of basic functionalities of the website. We also use third-party cookies that help us analyze and understand how you use this website. These cookies will be stored in your browser only with your consent. You also have the option to opt-out of these cookies. But opting out of some of these cookies may affect your browsing experience.
SAVE & ACCEPT